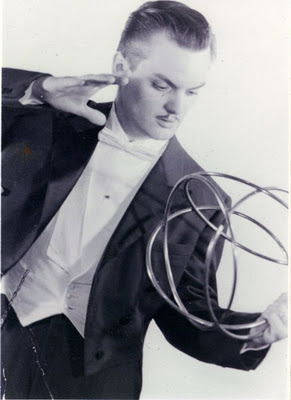 One of my most influential teachers, Cellini taught me what magic is,
gave me a vision of what it could be, and a vision of who I could be.
For years I've been carrying magic with me,
now it seems like magic is carrying me.
Posted by Shawn Eric at 1:30 PM No comments:

Upcoming: Tempe Spring Festival will be on March 30-31 & April 1, 2012. This will be Shawn's 25th year performing at the spring festival so plan now to attend, especially on Sunday, April Fools Day!
Posted by Shawn Eric at 10:37 PM No comments: 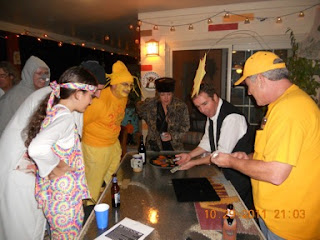 Hi Shawn,
I just wanted to let you know that you were great. People couldn't stop talking about you. A real professional, people were amazed.
Thank you so much. I know sometimes parties can be difficult but you were perfect. If I was rich I'd have you every year. You were a hit that will live on in people's memories. Exactly what I wanted.
Take care,
Phil A.
11/31/11
Thank you Phil!

Posted by Shawn Eric at 3:01 PM No comments:

Las Vegas adventure!  Saturday.  First stop was the Gambler's Book Store for dice and books and then to Spinatos' Gaming Supply for old slot machine coins to practice with.  That evening, I had a nice dinner visit with Tim and Teena Kole and our friend Mike York.  We've worked together with Tim's father Andre Kole on several tours over the past few years.  It's kinda fun working on a show of that size with a crew of 7 or more people.  It was good to see them and I hope we all get to work together again soon.

After camping and Sunday morning hiking in the fiery red rocks west of town, I checked into the Orleans Hotel and got cleaned up for some busking on Freemont Street.  After sunset, I hit the street and found an eddy in the fast moving stream of typical Vegas tourists; flowing masses of overstimulated people.  Nevertheless, I was able to pull a small crowd for one show, despite going at the top of the hour during the overhead light show.  A small taste of the Freemont scene and that was enough for me.  It was humbling and there was much to be learned about working this pitch.  I was back to the hotel by 10 to get ready for the next day(s) at the International Magic Xperience. 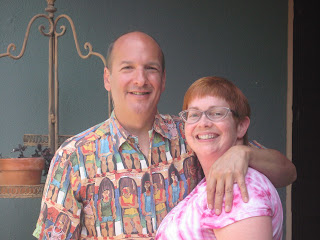 After an exhausting 3 days in the hotel, I hit the road for LA. about 8 pm... it was a 6 hour ride... whew!  Camp Paradise was the optimal LA destination and my good friends Tommy & Polly were kind enough to let me stay a couple of days.  There was work to be done and fun to be had.  We recorded two sessions with the rings, various moves and routines, for an upcoming rings dvd.  We played golf and had good fun with Alfonso at Verdugo Hills.  To top off the week, my beautiful Sweet D flew over on Friday for a Hollywood evening at the Magic Castle and a very cool stay at the Hotel Amarano!

Saturday, we headed down to the Hermosa Beach Fiesta!  The festival was busy with people, music, smells of food, ocean winds and warm sun.  Good potential spaces for street shows and an interesting mix of people.  We met several folks in the Chamber who put on the show and made some good contacts.  There is good potential here and I'm going to book it for next May 2012 festival.  Thanks to Lisa and her family for the wonderful dinner and hospitality.  Sunday, after the Hermosa Beach scene, D and I drove up to Venice for the freak show fun and sunset.  Then we blew out of LA on the 10 East, headed across the desert and into the night.  Beautiful, peaceful moon light ride.  Landed home safe with grateful hearts.  Great road trip!
Posted by Shawn Eric at 11:51 PM No comments: